Why You Should Work with a Columbia Workers’ Compensation Lawyer 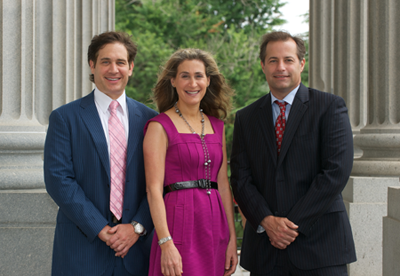 A Columbia, SC workers’ compensation lawyer can make sure you and/or your dependents receive what you’re entitled to if you get sick or injured on the job.

Blog In a recent 5-3 decision, Utah v. Strieff, the United States Supreme Court ruled that police can seize evidence from an unconstitutional search so long as the person has an outstanding arrest warrant. The High Court ruled that even if police violate the Constitution by stopping someone without suspicion, an arrest warrant entitles them to […]

Blog COLUMBIA, SC (WLTX)- It’s called Duey Dialer, and it’s here in the Midlands. The app is available for free download in eight states, including South Carolina. But it’s stirring up controversy because of its target audience: drunk drivers. You download the app, and if you’re ever pulled over for a DUI, you press the […]

Driving Privileges Under Suspension for Accumulating Too Many Points

Blog Are your driving privileges currently under suspension for accumulating too many points? If so, call the law offices of Bernstein & Bernstein, LLC, because you may eligible for a special driver’s license. Under South Carolina law, the Department of Motor Vehicles may suspend a person’s driver’s license upon a showing that the licensee has […]

Blog Are you currently facing criminal charges in  General Sessions Court that are punishable by a term of imprisonment in the Department of Corrections? Have you exhausted all diversionary programs from Pre-Trial Intervention (“PTI”) to a Conditional Discharge plea? Are you worried about having up a criminal conviction follow you for the remainder of your […]

Blog When you ask someone about the possible reasons that a person could lose his or her driver’s license, most people think of Unpaid traffic tickets A DUI conviction Accumulation of  the maximum number of points allowed What most people don’t know is that if you have criminal charges against you for a “crime of […]

Workers Compensation for Back Injuries

Charged with a DUI in South Carolina?

Blog Dealing with a South Carolina DUI Charge If you’ve recently been pulled over for a traffic violation and charged with Driving Under the Influence in South Carolina, try not to panic. Every year, South Carolina rakes in billions of dollars from citizens in the form of traffic tickets and DUI’s. With the average DUI […]

The attorneys at Bernstein & Bernstein, LLC are experienced, compassionate professionals committed to finding you the best possible outcome, regardless of your case type. All of our attorneys were born and raised right here in Columbia, South Carolina, which gives us a unique, local experience you won’t find anywhere else. Learn more about what sets our team of Bernstein & Bernstein attorneys apart:

Bernstein & Bernstein, LLC is proud to provide a unique legal experience to each and every one of our clients. Here, you partner with passionate local attorneys who have a lifetime of experience with South Carolina’s laws. No matter the case, the complexity, or the compensation, we’re dedicated to securing the best possible outcome for you.
learn more about our firm

We occassionally send firm updates, legal news, and other usefull information related to our practice areas. Subscribe to our newsletter stay up to date with our firm.

The information in this website should not be construed as legal advice. Legal advice can only be given when an attorney knows all of the facts and circumstances of your case. Every case is unique and the information and examples given in this website should not create an expectation that a similar or particular result can be achieved in any case.